When I first saw the “Paul Switched” commercial for Sprint, the first words out of my mouth were: ‘Shots fired, Verizon!’ I was shocked and impressed. This is exactly what Sprint was going for. Commercials like this that call out competitors so candidly are assumed to be coming from a place of pure confidence. This inspires people to do research and follow their calls to action in order to verify credibility and increases overall brand awareness.

But let’s not talk about Sprint’s marketing win. Let’s take a peek at the situation from Verizon’s point of view, and explore the reasons why pinning so much onto a spokesperson can be a big risk.

The ‘voice’ of your company is a big deal, even if you don’t actively think about it. Would you expect 80’s slang in a Microsoft ad? Of course not! Microsoft’s tone is interpreted as professional, knowledgeable, and helpful. In no way would you expect them to invite you to try this bangin’ new operating system or talk about how cloud technology is totally tubular. If you want your brand to represent its products, services, and values properly, you need to develop a distinct brand voice.

The Beauty Of Spokespeople 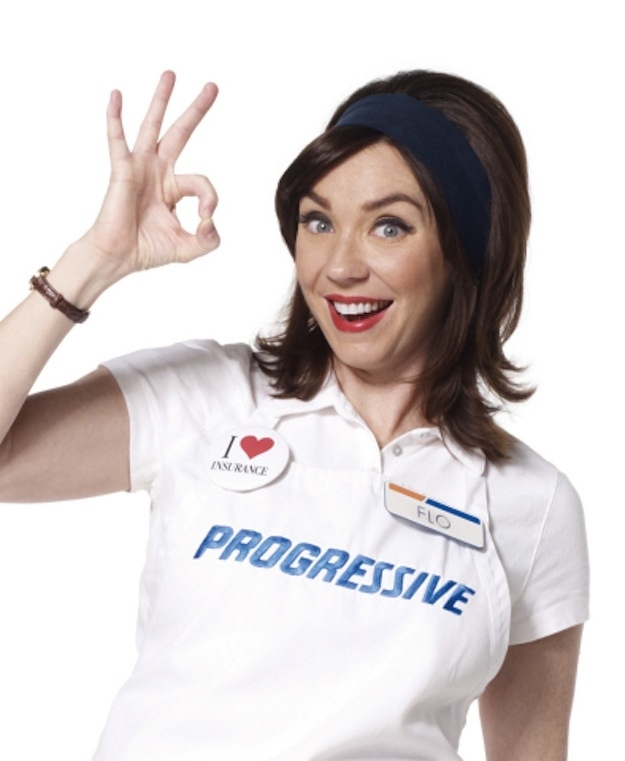 With all that in mind, it’s easy to hire a spokesperson to become the voice of your company. In the case of Flo from Progressive, all you need to do is create a character that embodies your brand voice and let the hired actor or actress bring it to life.

Flo is portrayed as a down-to-earth, quirky, and funny woman who is passionate about helping others save money. She’s confident, knowledgeable in her work, and basically sets the expectations for what people imagine a Progressive employee to be.

From here on, all the marketing team for Progressive has to do is come up with ways to leverage Flo’s character in a variety of ways: commercials, print ads, digital ads, etc. All the actress in question (Stephanie Courtney) has to do is follow the script to stay on brand. Sounds simple, right?

But Employees Are Only Human

Just like with Paul’s betrayal of Verizon (although it’s less a betrayal and more a ‘the non-compete clause ran out’, I’m sure), companies have no way of ensuring a spokesperson’s permanent lifelong loyalty. They also can’t control what their spokesperson does outside of work — which, despite it not being related, can still impact the perception of the brand in a major way.

One of the most infamous cases of this is Subway’s Jared Fogle, who used to be known for his impressive weight loss due to eating Subway sandwiches. Unfortunately, the ‘Subway Guy’ eventually ended up in jail due to charges of child pornography and soliciting sex with minors. Once that bomb dropped, all Subway could do was initiate tons of damage control.

Understand that I’m not trying to dissuade anyone from using a spokesperson for their company’s brand. The right actor or actress can do a lot of good for your company by becoming a friendly face associated with your values, products, and services. But that same face can easily be associated with not-so-great things, too. If you think the potential cons outweigh the pros, you may want to stick to a talking animal instead.

For additional thoughts on brand voice, check out: