In the original trailer, Pokemon Go promised a variety of gameplay modes that have yet to be implemented — namely trading, PVP Pokemon Battles, and raid-type battles against legendaries like Mewtwo. A few weeks ago, it was confirmed that trading was next on the to-do list for the app’s developer, Niantic, so I assume the rest of what’s shown will be added as well. But as a marketing professional and game design enthusiast, I couldn’t help but brainstorm a few other features I’d love to see in the game someday. Take a look and let me know what you think!

One-On-One Interactions With Your Pokemon

The HUGE thing I think the app is currently missing right now is the emotional tie to the Pokemon you’ve caught. Outside of naming them, you really don’t get to do anything with your pocket monsters once you’ve caught them…except for  battle with and evolve them. Basically, we need Pokemon-Amie from Pokemon X & Y! Let us pet our Pokemon, feed them treats, raise their affection and allow that to make them stronger in battle. Do you know how many stupid hours I spent tickling a goddamn Eevee waiting for it to transform into Sylveon? Too many hours. But engaging with virtual pets is the whole point of having them. Think of Tamagotchi and the pleasure little kids got from feeding them, and the frustration they had when they found them dead after they forgot about it for two weeks! That’s the emotion that’s missing! Half the fun of Pokemon Go is taking silly pictures with the Augmented Reality feature. People (myself included) have shared tons of funny and cool-looking pictures, which unfortunately can only be taken if you encounter the Pokemon in battle. Why can’t we pull up the Pokemon we’ve caught on camera whenever we want? The Pokemon can sit there in idle mode or a couple of poses, jump for joy or make different expressions, turn around or have the camera adjusted to make them bigger or smaller… I’m not a programmer, but I can’t imagine it being very difficult to implement (time-consuming, sure, but I doubt it’d be reinventing the wheel!). Just imagine a preschool teacher getting her kids to pose with a Charizard or a famous boxer facing off against Hitmonchan! And, as the title of this section implies, these Pokemon could appear on either side of the phone camera. Who hasn’t wanted to have Pikachu chilling on their shoulder? “Just hanging out with #Bae!” 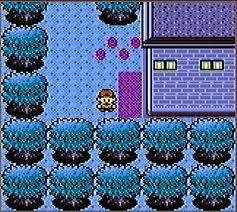 I will never stop whining about the day and night time mechanic featured in Pokemon Gold, Silver, and Crystal. It is my favorite feature of the Pokemon games and the excitement of playing my Gameboy late at night as a kid to get certain Pokemon still makes me smile to this day. So why not use the real world’s clock to affect spawn points? The sky turns dark after a certain time already anyway, so there’s already an indicator of some sort built in! Give people a reason to go out Pokemon hunting and different times of day. There are plenty of Pokemon that are already labeled nocturnal and diurnal, so all you’d have to do is fall back on those predetermined rules and add in a variable or two: If phone time is 6PM – 3AM, only show pokemon tagged ‘night’. Else, only show Pokemon tagged ‘day’. I’ve got the logic down, Niantic, come on!

What do you think? Would you like to see these features added to Pokemon Go someday? Are there any other ideas you’d want to add to the list? Share your thoughts in the comments below!

How I Negotiated My First Pay Raise

The Problem With Pokemon